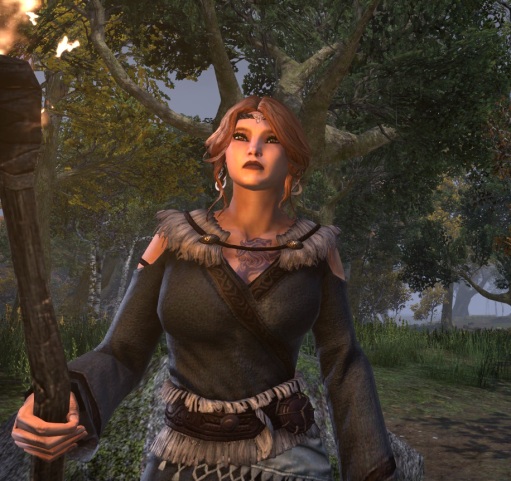 Sadly, this lion seems to be the only blue tattoo available in game so far, apart from some blue-black body paints and facial markings which just didn’t cut it for me. I’d definitely pay for some blue Celtic inspired tattoos.

I imagined her as a fantasy Celtic woman with pale red hair, dressed in dark blue. Traditionally, I don’t think Celts would have painted lions on their chests! Though while playing her in game you can’t really see it’s a lion, just a light blue tattoo. Perhaps I’ll recreate this later on if they bring out traditional Celtic markings. Woad is a plant that was used as a dye particularly in the British Isles. It’s use goes back to ancient times and is still used today. While woad is not a collectible item in ESO, it is a Nord racial ability called ‘Woad Shield’ In Oblivion and Morrowind.