“Those are Thenns at our walls. They eat the flesh of the men they kill!“

The Thenn Warg is a character from the Game of Thrones TV series who still haunts me to this day. Thenn’s are cannibal wildlings that Jon Snow runs into on his adventures at The Wall.  He is wearing the Winterborn Shaman Costume which has these great bird skull epaulets, suitable considering he is a warg like Brann, who has visions of the three eyed raven. Unfortunately this character was completely made up for the series, as there is no Thenn Warg in the books. 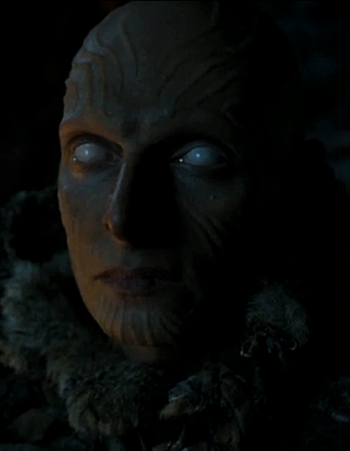