This entry was posted in Uncategorized.

Thanks to my guest outfitter Meayr’s for submitting this to me! He showed me his best outfits and I asked him to pick some for photos. I love the ESO community!

Have a good long weekend!

Thank you to @Meayr for sending me these pics!I was going to buy this owl mask upon it’s release but I had no idea what to do with it. He looks amazing!

Imagine walking into this at night? Reminds me of the time I read too many Mothman stories and slept with the light on for a week.

I have been AFK from ESO for months, please forgive me! I was a little uninspired with Summerset, even though I love how it looks. I would’ve liked a new class to liven things up, but I respect and understand why they didn’t. Anyway, here is how you recreate his look-

This entry was posted in Battle Ready, Green Outfits, Uncategorized.

I’ve seen so many people on the forums lately dismiss races who where mostly killed by the Knahaten Flu being in game (either as NPC’s or future playable races) simply because the Flu happened “22 years ago”.

While this is true, they leave out the fact the disease lasted for over 40 years.

“The plague began in Stormhold in 2E 560, and quickly spread to every corner of Black Marsh, killing all those not of reptilian stock. For over forty years it held the Province in its grip, decimating entire cultures (notably, the Kothringi) “
Pocket Guide to the Empire Third Edition – Black Marsh

We are right in the middle of the Khahaten Flu.

Which leaves us open to experiencing the stories of its victims and its survivors, including –

Diseases and viruses usually last a while – think about the Bubonic Plague which began in 1300’s and still killed millions in the early 1900’s (we can thank antibiotics for slowing that one down!)

And as for including these races in ESO, while it’s heartbreaking that we all know these races are doomed, the characters in game don’t know that yet, and must be actively fighting and searching for ways to escape these areas or help the afflicted.

Ultimately however,  it depends how quickly it killed the people of these races, while the  Pocket Guide to the Empire Third Edition – Black Marsh says it ‘quickly spread’ I haven’t found info on how quickly it kills a person I still doubt it would’ve killed off the entirety of these groups in 22 years.

End Note – Whether or not you like the idea of the extinct/endangered races (from the Knahaten flu) as future playable races or NPC’s in the game, the disease lasted 40 years and it definitely fits into our current ESO timeline.

This entry was posted in Blog, Uncategorized.

Summerset Isles is also rumored to be the newest chapter. Very exciting for us Altmer players, and the new non combat pet ponies are adorable.

Hope you all had a good Christmas & New Years. I’ve been playing much more ESO lately and have recently completed the Maelstrom Arena for the first time (Not Stormproof, mind you) and I’ve began doing Veteran dungeons daily. I Never thought I’d be into veteran as I accidently went into one in the early CP levels and am midly traumatised by not only the difficulty, but also my poor teams reaction when they realized their damage dealer was a noob! (oh dear!)

I’m CP 420+ now and don’t have trouble in Vet, so am feeling pretty good about it. I’ve also (somewhat) finished Morrowind & Clockwork City, which was really nice to return to and I am three Cyrodill skyshards & delves away from completing some major achievements with some awesome dyes I’m so pumped to get.

I’m excited for February as the new Outfit system will make it easier for me to make outfits to upload. Not to mention housing storage which will ease the pain of my overflowing inventory.

I’ve been thinking about ESO a lot lately, as I level more alts I’m intrigued about future skill lines, classes, zones & even races that might be added. I’m starting to feel like I’ve played so much of this game that I’m so eager for more  new content.

Anyway! these are just some of my thoughts & experiences over the last year. I hope you enjoy my little blog and have as much fun in eso as I do! 🙂

How beautiful is this new steed! Open to see the newest Crown Store announcement.

END_OF_DOCUMENT_TOKEN_TO_BE_REPLACED

This entry was posted in Crown Store Showcase, Uncategorized. 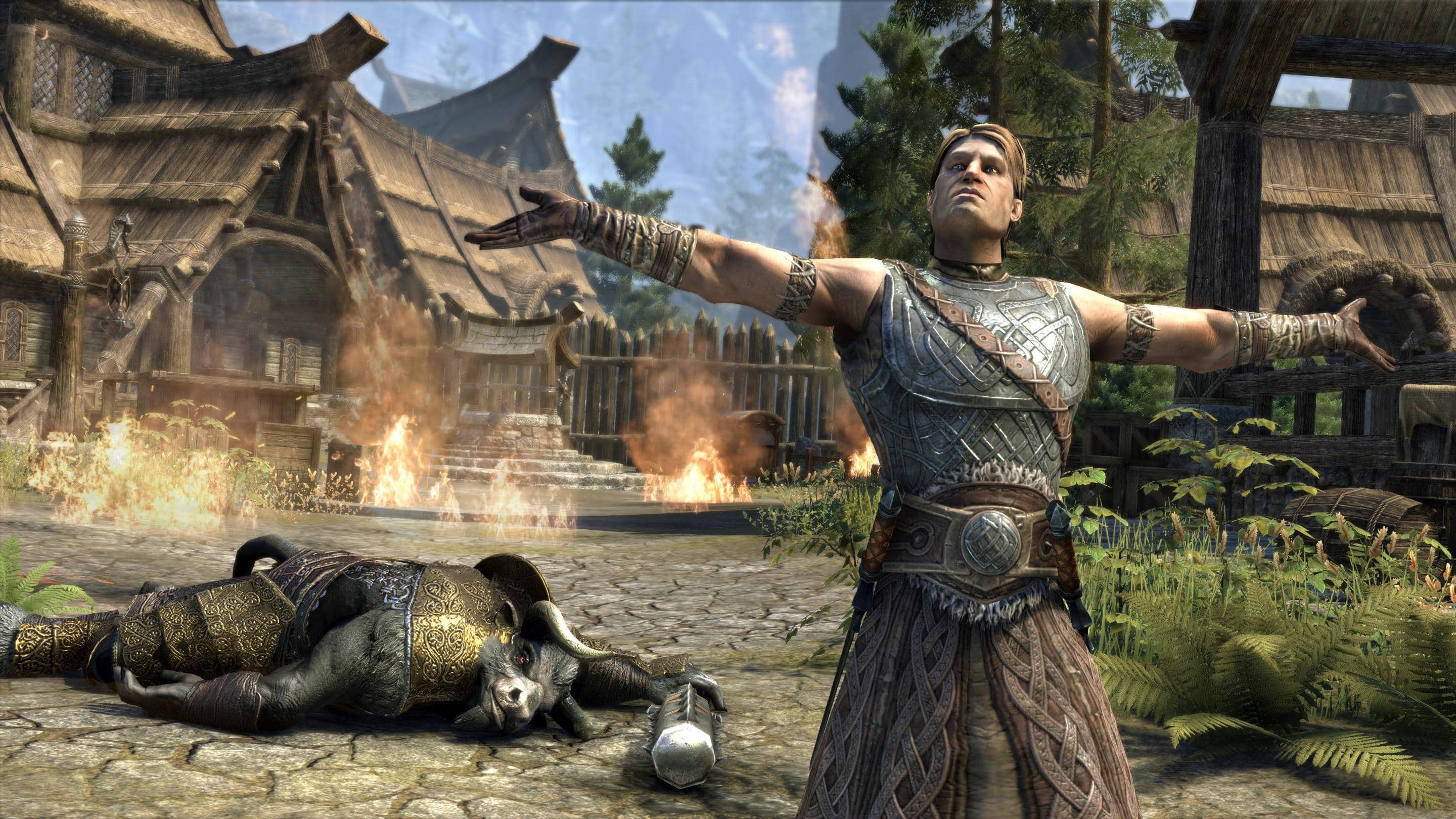 Have you triumphed against the odds? Throw your arms wide to call attention to the fact that YOU are the most awesome being within three provinces! The “Admire me” emote will be available on all platforms starting on September 21. 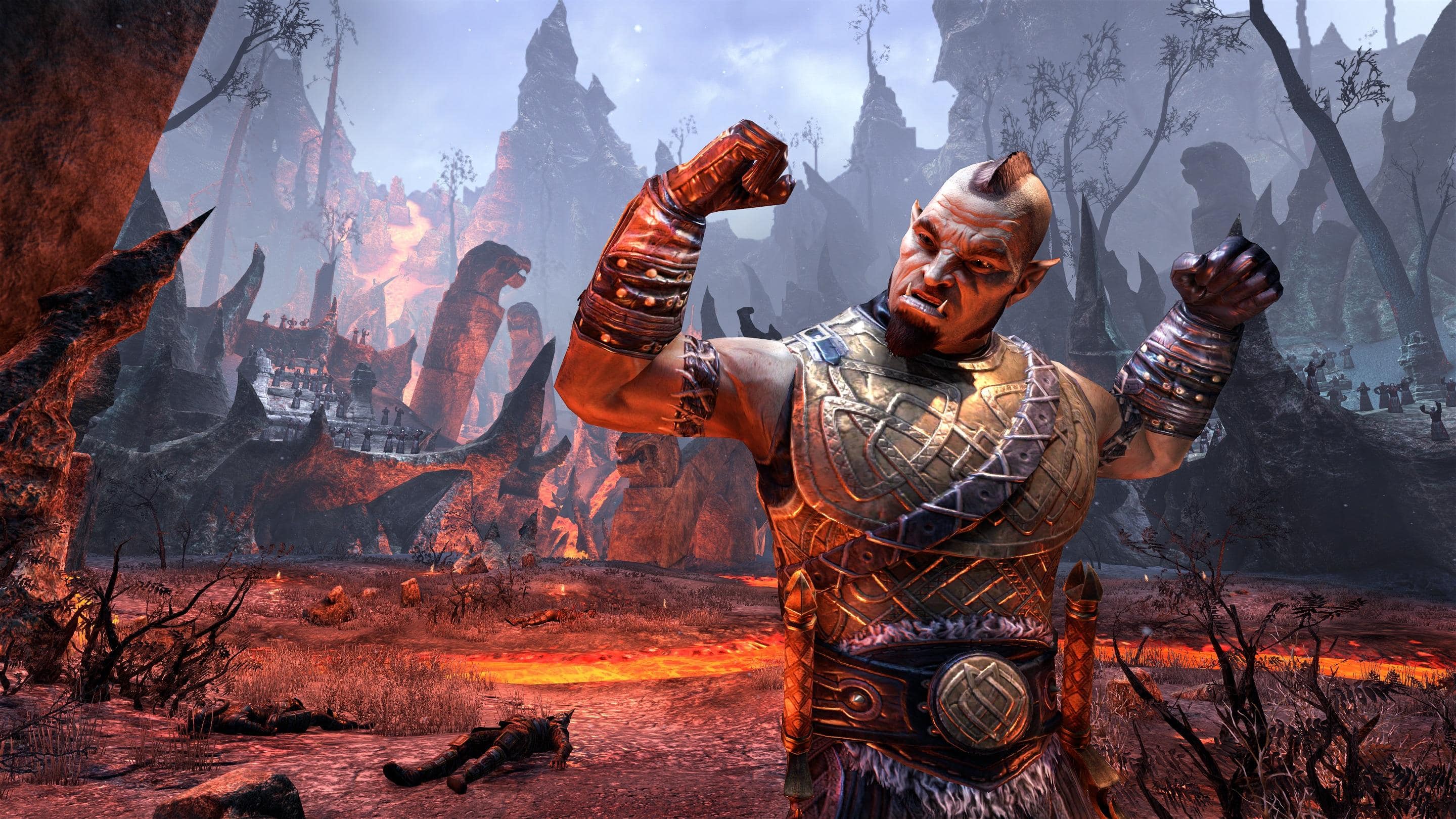 You are the strongest adventurer around. Show off your mighty thews for all to admire! The New Muscle Flex emote will be available on all platforms starting on September 21. 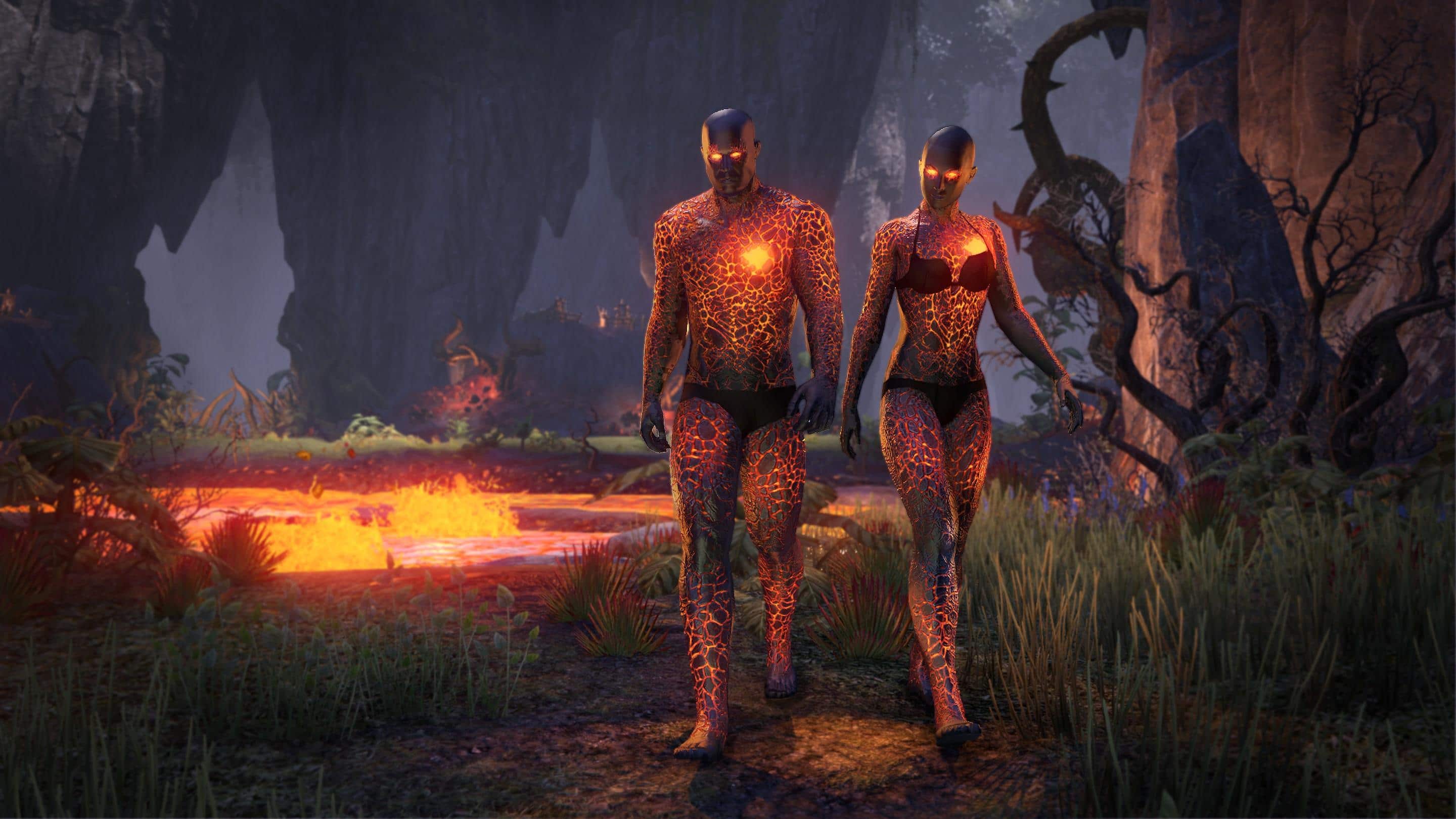 Blood. Nirncrux. Iron. Combined with the unholy rites of the Reachmen at the Bloodroot Forge, the result is a clinker-cracked, glowing-hot skin like no other: the Blood-Forged! The Blood-Forged Skin will be available on all platforms starting on September 21.

This entry was posted in Crown Store Showcase, Uncategorized.

ESO will be offering a free ESO Plus Trial as well as free Crown Crates!

If you’re a current ESO Plus member, you can score some amazing rewards such as mounts, pets costumes, consumables, and other in-game items. That’s right – for every day you log in from July 5-9, you’ll receive a free Dwarven Crown Crate.

To participate, simply log into the game with an active ESO Plus membership between 12:00am EDT and 11:59pm EDT (Eastern) each day of the event! Once the event is over, you’ll receive one crate for each day you had logged in.

Here’s everything you need to know to get your crates:

Between July 5-9, a free trial of ESO Plus will be available from the Crown Store! Here is how you can enjoy select ESO Plus benefits for the duration of the event:

The ESO Plus trial will grant you the following benefits:

Please note: the ESO Plus free trial does not grant the bonus Dwarven Crown Crates, which are only available as daily login rewards for full ESO Plus members.

This entry was posted in News, Uncategorized.